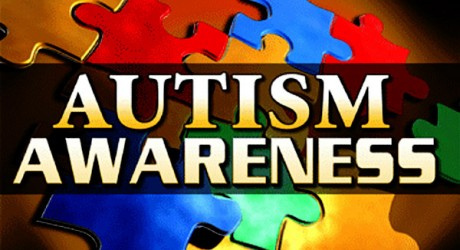 Why is it more preferred than other therapeutic methods for autism?

In retrospect, autism therapy is not just composed of one specific type of treatment but is usually a collection of procedures that targets specific autistic behaviors. It is, however, important to note that ABA was created decades ago and is just one of the numerous types of applied behavior therapies that are offered to children who are on the autistic spectrum. Currently, it is considered the therapy where all other treatments were derived and are commonly known in the therapeutic field. It is a major approach is the origin of several other approaches.

Due to a certain number of reasons, Applied Behavior Analysis (ABA) is the most renowned and suggested autism spectrum therapy. These reasons are:

It is a derivative of behaviorism. Behaviorism was an old approach that was created in the 1920s by the behaviorist, B.F. Skinner, who was contemplated to be the most significant American psychologist during that time. Due to the outgrowth, Applied Behavior Analysis became the most well-understood and well-established strategy among others, though it is gentler, more broad-ranging than behaviorism.

ABA outcomes were intensively investigated for the past few decades. Applied Behavior Analysis has become the basis for reference since it has established clear and measurable objectives, and is carried out and practiced in the same manner by most therapists.

Due to therapists utilizing the analysis of applied behavior similarly, it is relatively more straightforward to train specific individuals for the approach to be implemented. Usually, Applied Behavior Analysis programs are widely developed by trained professionals; however, paraprofessionals can be assigned to execute the technique.

The Efficacy of ABA Approach for Children in The Autism Spectrum

Children who are on the autism spectrum exhibit specific behaviors which are dissimilar, and there will be moments wherein the responses shown are bordering on the challenging side much like aggression and self-destruction or abuse. Applied Behavior Analysis is often recognized as an efficient method to minimize such adverse, injurious behaviors and at the same time, encourage desired demeanors.

Therapists adept with Applied Behavior Analysis work hard in building desirable and acceptable behaviors while ending unacceptable ones. More often than not, children who are on the autism spectrum have difficulty in cultivating specific desirable results such as interacting with other people, utilizing speech accurately, executing eye contact, and so much more. On the other hand, some of the unwanted behaviors that are focused on and eliminated by the approach are kicking, flapping, spinning, or hitting.

Effectiveness of ABA Has Been Proven

Due to the effectiveness of Applied Behavior Analysis in dealing with the abovementioned issues, it has been considered the best type of autism therapy for years and is widely used by autism therapists around the world.